Life Changes... But It Never Ends 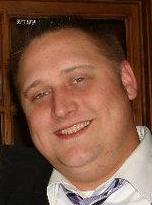 My heart hurts. My heart hurts when I look at pictures of him as a young child or as a teenager. Even in recent pictures as a 30 year old you can see the playful smile that made him instantly likable. Or as his best friend said at the memorial service, "To meet him was to like him; to know him was to love him." That was (and is) our son Michael.  He died last Thursday, November 1, 2012 and my heart hurts.

I remember an old TV commercial that used the catch-phrase, "the heartbreak of psoriasis". Really? I guess if you "suffer" from that condition you hurt, but "heartbreak"? I have known the pain of losing someone close, a high school boyfriend, a favorite high school teacher, my grandmother, my grandfather and my own Daddy. I have known the shock of losing a friend through suicide, or the sudden inexplicable death of the nine year old son of a friend. You don't live to be my age without experiencing the pain and loss of death. That doesn't make it any easier when death comes like a thief in the night again and steals something as precious as a son.

A pastor friend who delivered the eulogy at the memorial service last Monday used the same word to describe death, "thief". He acknowledged our pain and even more importantly, our anger, at losing Michael at such a young age. It was good to be reminded that death is not always a friend and that anger is a normal and appropriate emotion at such times. We know that anger is one of the stages of grief and if I haven't experienced that yet, I undoubtedly will sooner or later. But Gary also used the occasion to remind us and explain to those hundreds of young people who were grieving the loss of a friend, why, as Christians, we can be joyful in the midst of our pain, hopeful in spite of our grief and why we can look forward to a future with Michael, not just re-live our past with him. My prayer for everyone reading this is that you too would know the joy and hope that comes from knowing God and his son Jesus Christ. Sometime you might just find that it is the only thing that can sustain you.